A requirement that comes up often, especially in woodworking, is to be able to list out all materials used in bodies and components - dimensions, counts of each cut, and total lengths of materials used.

There is a way to create a separate component from each body and manually add a description that will appear in a part list on a drawing, but it's unnecessarily labour intensive.

Fusion 360 provides a Python API  that enables direct access to the objects in a design, so I created a simple Fusion 360 script that can be used as an addon or run directly to display to cuts required for the design and the total amount of length used by each material type.

To run directly, download the script from GitHub, place it anywhere. Then in Fusion 360 click "View" > "Show Text Commands"; in the commands window on the bottom, change from "Txt" to "Py", and run the following command:

Alternatively, you can add the script as an addon, by switching to Tools, clicking "Add-Ins" / "Scripts and Add-Ins", then "Create". Simply paste in the script and click "Run". 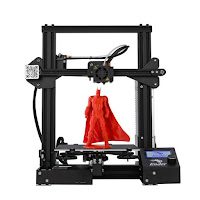 Octoprint provides remote access to your 3D printer, and as it's written in Python, you can run it on practically any operating system. If you are using a standard Raspberry PI image (for instance, because you run it on an Orange PI ), rather than the customised Octoprint image, you can manually install it and create a systemd service to run it: Add this to /etc/systemd/system/octoprint.service  [Unit] Description=Octoprint After=network.target [Service] ExecStart=/home/pi/octoprint/bin/octoprint serve WorkingDirectory=/home/pi/octoprint StandardOutput=inherit StandardError=inherit Restart=always User=pi CPUSchedulingPolicy=rr CPUSchedulingPriority=80 [Install] WantedBy=multi-user.target Then run sudo systemctl daemon-reload sudo systemctl enable octoprint This will start Octoprint on every reboot with a high priority (so unlikely to stutter during printing).
. . .